Will join Hanhan Jabji down the green rabbit hole?
Tech

By Nick on 2016-05-26 0 Comments
Will join Hanhan Jabji down the green rabbit hole?
[dropcaps round=”no”]M[/dropcaps]eet NAVER, Korea’s Google. You might never have heard of it, but it is big in South-Korea. It is bigger than Google in Korea! However, NAVER is more than just a ‘simple’ search engine. Welcome to the NAVER universe.

NAVER solutions for all your needs

The year is 1999. Starting on a path that would lead farther than any could have imagined, ex-Samsung employees launched Korea’s first web portal with its very own search engine. They called it NAVER. It thrived, answering every imaginable query, encouraging more users to use their service.

Confused? Feeling overwhelmed? Do not worry, you are not the only one. For most foreigners (like me!) who just started learning about Korea this might seem a little daunting. Yet, with a bit of perseverance you will make sense of this green mastodon.

One portal to rule them all 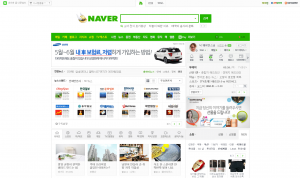 This NAVER web portal is what greets most Koreans every day.

As mentioned before, NAVER is a web portal with its own search engine. Some might say that it reminds them of a similar website you might have heard of: Yahoo. There are certainly a lot of similarities such as the search bar at the top followed by a page filled predominately by news articles gathered from all over the place.

However, NAVER lets you customize something you cannot customize on YAHOO. Through a function called Newsstand (뉴스스댄드), a user can choose from which media outlet NAVER will choose articles to display on their NAVER homepage. However, as often with these customization offers only a small percentage of users actively use it.

While Yahoo might be one of the world’s most popular web portal when it comes to media, NAVER is South Korea’s number one go to web portal. The company boasts that more than 25 million Koreans have its web portal fixed as the homepage of their browser.

Globally Google is the foremost important search engine there is. It is so dominant most of us are kind of surprised when people do not use Google. So it might come as a surprise to you that when you ask a Korean what search engine they use and they will almost always answer: NAVER. It is due to this enormous pool of users that NAVER can proudly call itself the 5th most used search engine in the world; handling 70% of all search queries in South Korea.

Of course you might wonder how NAVER and not Google became the dominant search engine on the Korean market. There are two completely different answers to this question: A Korean answer and a Google answer.

The true answer is often somewhere in the middle as always. Just know that when you want to find something about Korea in Korean, you might want to give NAVER SE a swing.

However, what made NAVER really strong is not its search engine or its web portal. While they are the green base of everything, the true strength lies in the applications it offers around its web portal. Through its varied applications the green giant offers countless of services allowing users to create unique and fun content for other users and other simple applications to make live a bit more convenient.

The green universe is big and all the different verdant applications might be a little daunting. I feel the same way, so let us jump down the green rabbit hole and by exploring a few of the pillar services with which it is involved.

In 2002 NAVER launched 지식인 검색 or Knowledge search; today it is known as 지식IN. It was a tool fashioned similarly to Yahoo Answers, but is in fact older than Yahoo Answers! The application lets users ask questions that other users answer and award points to the user that gave the best answer. A very straightforward system that has generated 80 million answers and is Korea’s number one place to go when you need your question answered.

There are many categories in 지식IN. I will highlight a just a select few, found on the main navigation bar.

The standard “Knowledge Q&A” that made the program great. A subcategory known as 지역Q&A or Local Q&A might be a great place for expats living in Korea to ask questions about the area where they are living to locals. Of course, being able to write and read Korean is a given prerequisite.

Literally this means “Worry Q&A”. It is a place where people ask questions regarding relationships, sex, careers,… generally emotional questions. Due to this, answers can turn very opinionated.

Literally means “Open Dictionary”. While the name might imply it is a user-generated dictionary, it is better to liken in it to a more informal Wikipedia. Users can create articles about whatever topic they want. They can add answers they wrote on  지식 Q&A to the article. 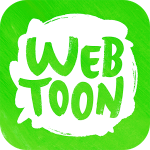 This hugely popular NAVER service known as 네이버 만화 (Naver manhwa) or simply 웹툰 (Webtoon), is where the verdant internet giant hosts countless manwha (만화) and original web comics. Like most services, the green company loves user-generated content and offers ways for amateurs to submit their own web comics on the service. They select what amateur content should be displayed based on popularity. There is also plenty of free and professional content created by every single week.

On 웹툰 you can also read comics distributed by publishers. However, in order to read those comics you need to pay a fee. 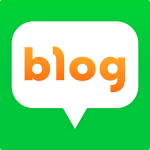 People like speaking their mind. People like sharing the things they like. That is why people like blogging. It is a way to share passions and thoughts. I think a lot of people know about WordPress, but in South-Korea wordpress.com is not popular at all. They rather use the verdant 블로그, simply Blog.

If you want to know what some Koreans think about a certain topic than 블로그 is the place to go and search. As with that other service, 지식IN. Fluency in Korean with a keen sense for Korean slang is highly recommended to properly enjoy the funny content the platform has to offer and it has a lot of content to offer.

Some who use Google to search online, might wonder why no blogs from this platform show up in their search results. The reason is quite simple: only NAVER indexes these blogs. 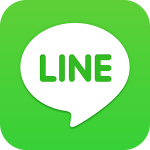 Line is the last application I want to this talk about in this application. However, Line is not like the other applications on this since this application was created by NHN Japan, a subsidiary of NHN Corp (the holding behind NAVER) and has gone a rather independent course ever since. Nonetheless it brands itself with that same NAVER green.

Line is a messenger application similar to Facebook Messenger or Kakao Talk. Developed initially as a means to let NHN Japan employees to communicate after a devastating earthquake in 2011, but was later released to the public as a messaging application. It has since then become hugely popular globally with over 400 million users worldwide. Nonetheless it is struggling in South Korea due to strong competition from the already mentioned Kakao Talk.

[alert type=”info”]I plan to spend a considerable amount of time using some of the NAVER applications myself and writing about my experiences here. If you are using their apps, please let me know your experience and thoughts on them in the comments down below.[/alert]